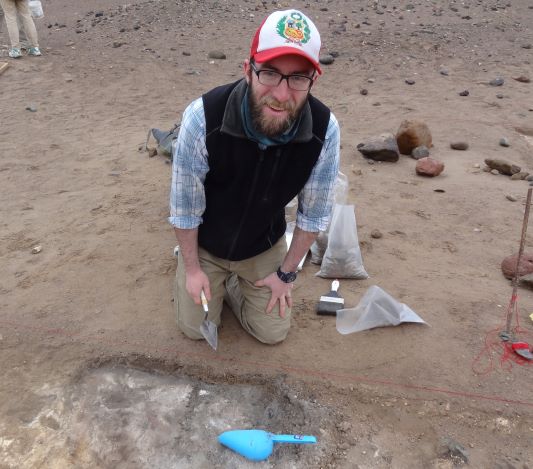 Flat-headed peccary (Platygonus compressus) were a common member of late Pleistocene faunal communities in the eastern United States, particularly in areas characterized by dissected, rugged terrain with numerous caves, crevices, and fissures that afforded shelter from severe weather for farrowing and when sick, injured, or aged. The taxon was not common on the Great Plains and in the Far West. Using the Gaussian-resampled inverse-weighted McInerny method (GRIWM) to analyze the distribution of direct radiocarbon ages, we found that final extinction likely occurred during the Younger Dryas, between ∼12,500 cal B.P. and ∼12,000 cal B.P. Currently, evidence for actual contemporaneity of flat-headed peccary and human (Clovis) foragers does not exist. The late Pleistocene-Younger Dryas shift to a nutrient-decelerating mode of ecosystem fueling and its concomitant effect on forage quality may have arrested reproductivity. Simple simulations indicate that small increases in inter-birth interval and/or juvenile mortality could have resulted in rapid extinction of the animal.