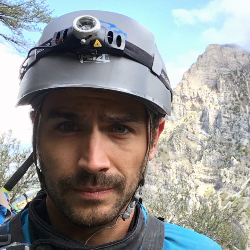 The appearance of Homo erectus shortly after 2.0 Ma is widely considered a turning point in human dietary evolution, with increased consumption of animal tissues driving the evolution of larger brain and body size and a reorganization of the gut. An increase in the size and number of zooarchaeological assemblages after the appearance of H. erectus is often offered as a central piece of archaeological evidence for increased carnivory in this species, but this characterization has yet to be subject to detailed scrutiny. Any widespread dietary shift leading to the acquisition of key traits in H. erectus should be persistent in the zooarchaeological record through time and can only be convincingly demonstrated by a broad-scale analysis that transcends individual sites or localities. Here, we present a quantitative synthesis of the zooarchaeological record of eastern Africa from 2.6 to 1.2 Ma. We show that several proxies for the prevalence of hominin carnivory are all strongly related to how well the fossil record has been sampled, which constrains the zooarchaeological visibility of hominin carnivory. When correcting for sampling effort, there is no sustained increase in the amount of evidence for hominin carnivory between 2.6 and 1.2 Ma. Our observations undercut evolutionary narratives linking anatomical and behavioral traits to increased meat consumption in H. erectus, suggesting that other factors are likely responsible for the appearance of its human-like traits.