The Native California Commons: Ethnographic and Archaeological Perspectives on Land Control, Resource Use, and Management. 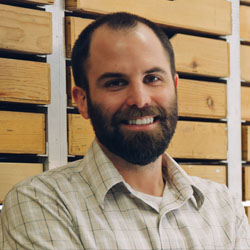 For nearly 50 years, a subset of California archaeology has been concerned with the possible effects of prehistoric hunting on indigenous fauna. This interest began in earnest in the late 1960s when Paul S. Martin proposed the Pleistocene overkill hypothesis in which he argued that the entire North American continent ca. 13,000 years ago was essentially the scene of a massive tragedy of the commons in which 36 genera of mostly large animals were rendered extinct by newly arriving hunters. The overkill, or blitzkrieg, hypothesis has remained on the books since then, but in the 1990s it was supplanted by smaller-scale, regional models that argued for less extreme impacts from hunting that caused depression of game populations rather than extinction. Relying on optimal foraging concepts, such models suggested that in targeting large, highly visible, high-caloric yield prey such as elk, deer, sea lions, and sturgeon, hunter/fishers reduced populations of highly ranked animals and forced shifts to smaller more elusive prey such as sea otters, rabbits, and smaller fish. Countering such overexploitation models are theories of Native conservation, which also date back to the 1960s and typically argue for masterful management of the western North American resource landscape via such methods as controlled burning and ritually mediated resource sharing. In this chapter we argue that the archaeological evidence is not especially kind to the extremes of either overkill or Native stewardship; both are largely hyperbole. There is clear evidence for prehistoric extinction of one species, the flightless duck (Chendytes lawi), along the California coast over a period of 8000 years, while shellfish on the Southern California Islands show definite diminution over time due to increasingly frequent human harvest. Still, human population in most of California was below the carrying capacity, and fisheries were so rich that Native peoples had no effect on them—negative or positive—whatsoever. Indeed, demographics, especially from the coastal zone, raise serious questions about the ability of Native people to affect most indigenous fauna. At the time of historic contact, sociopolitical organization in most of western North America was defined by innumerable small autonomous polities with owned/tightly controlled resource patches within them. The degree to which such structures were intended to accomplish “stewardship” is at best debatable inasmuch as they mostly promoted exclusive use of localized resources for groups and individuals. Anadromous fisheries in Northwestern California were effectively shared and remained highly productive, but at the same time, there is no evidence for large-scale cooperative agreements to manage other resources whose distributions transcended the limits of small political units such as migrating waterfowl or sea mammals. Nonetheless, most resources remained abundant owing to an epiphenomenal demographic situation that included an almost unthinkably rich and diverse resource base.